Does the average person want to shop for apparel in virtual reality (VR)? Speaking for myself, it sounds rather cumbersome — having to plop on a headset to browse for, say, trousers as opposed to click through a few galleries. But not everyone agrees — particularly those who hope to build a business out of VR retail.

Enter Emperia, an “immersive” retail startup that — to its credit — has already created virtual stores for brands including Bloomingdales, Dior, Ralph Lauren and Lacoste. Launched in 2019, the idea came from one of the co-founders, Olga Dogadkina, who previously worked in the luxury retail sector.

“It became clear to me that while e-commerce was the future of retail, 2D websites were merely a tool that enabled an online purchase through a simple grid of images and text but lacked the customer journey, storytelling and the ability to provide the customer experience and product discovery retailers’ physical stores strive to achieve,” Dogadkina told TechCrunch in an email interview. “My other co-founder, Simonas Holcmann, and I launched Emperia to bridge the gap between the transactional nature of an e-commerce purchase and the personalized shopping experience brands can cultivate in store.”

Emperia’s platform offers tools brands can use to create virtual experiences, including stores in VR. It integrates with existing e-commerce and stock management software, tracking demographics, store activity and purchases. With Emperia, brands can put on live events with hosts that walk them through a virtual space, or customize exhibits and displays with 3D models and images of real-world inventory.

“Visitors” to Emperia’s virtual spaces don’t have to wear a VR headset, crucially. The platform — which can be embedded in existing websites — supports phones, laptops and tablets and doesn’t require installing an app or software.

“Using technology, Emperia aims to make virtual worlds into the future of e-commerce, expanding the reach to new and future online shoppers, increasing brand loyalty and creating a complete new shopping experience,” Dogadkina said. “Emperia works directly with retailers’ heads of e-commerce, solving user experience, data analysis and online engagement issues they’ve been struggling with from the inception of e-commerce, by providing a new solution that leverages virtual worlds’ ability to equate and exceed the in-store customer experience and appeal to new target audiences, who use their mobile devices as getaway to retail.”

Emperia collects a lot of data — data that not every shopper might be comfortable sharing. Studies show that many VR and “metaverse” platforms record info that could be used to identify a person, even if their data is de-identified on-device.

Dogadkina asserts that Emperia only collects engagement, transaction and demographics data to give brands “visibility over how users are navigating and engaging in [their] virtual spaces.” She also notes the data — which she claims isn’t personally identifiable — is stored for “a limited time,” in compliance with GDPR rules.

On the horizon for Emperia are new verticals and better personalization tools, Dogadkina says. The startup’s experimenting with machine learning as well, focusing on the tech’s ability to create visuals and 360-degree videos for product demos.

“This is a nascent industry and so there is a lot of both market and user education involved in introducing people to this technology and ensuring brands can capitalize on its potential,” Dogadkina said. “As a relatively new industry, retailers find themselves needing to search out multiple solutions in order to build and design their virtual worlds. While rich in solutions, from data to security, 3D modeling and digital tokens, to a wide-variety of metaverse platforms, each with its own audience and specific capabilities, the choices are all out there but integrating them all together is a daunting task. That’s one of the driving forces behind our desire to bring complementing solutions under one roof.”

But will VR have staying power — and is retail in VR actually catching on?

Perhaps so. According to an August 2022 report from PwC, around a third of consumers had tried a VR app in the last six months, and — of those consumers — 32% bought products after checking them out in VR.  A separate poll of over 2,000 U.S. shoppers, taken in November 2022, found that roughly 37% planned to shop using VR and augmented reality.

On the other hand, a Deloitte survey from September found that just 5% of U.S. internet users were expected to shop in VR ahead of the 2022 holiday season. Highlighting the pressure platform developers face, AltspaceVR, one of the first social applications of VR, was recently sunsetted by parent company Microsoft.

Dogadkina is choosing to believe the optimistic predictions — and has some reason to. Despite competition from vendors like Obsess and ByondXR, Emperia has 45 customers across sectors including fashion, beauty, luxury apparel and sports. It’s also attracted a $10 million Series A investment led by Base10 Partners, joined by Daphni, Sony Ventures, Background Capital, Stanford Capital Partners and Concept Ventures.

Emperia expects to grow the size of its workforce from 40 people to 120 by the end of the year. 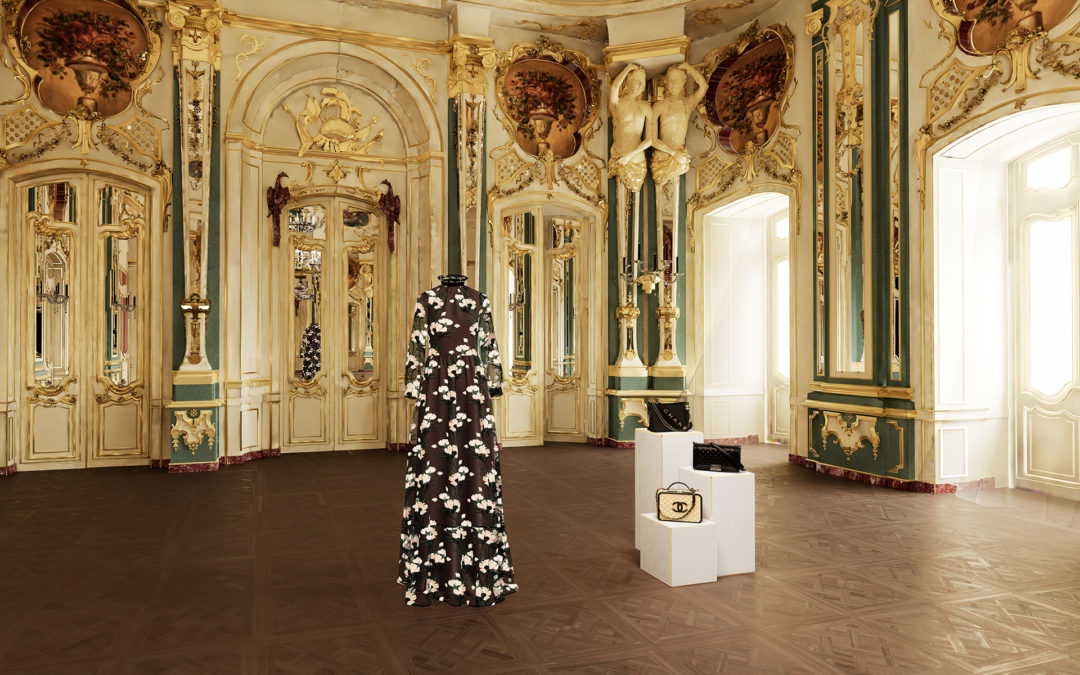 “The pandemic definitely accelerated awareness amongst retailers of what immersive, tech-powered e-commerce experiences could do and the role they could play in their sales strategy,” Dogadkina said. “The earlier marketing hype, which was campaign-dependent, short-lived virtual space has now become a permanent, long-term e-commerce solution, which is treated as a ‘flagship virtual store.’ Retailers are much more experienced, with specific roles within those organizations specializing and overseeing the creation and maintenance of these spaces, with the understanding that the virtual store is a completely new experience, different to the physical store environment, which presents a true opportunity to expand the brand’s appeal to the shoppers of the future.”